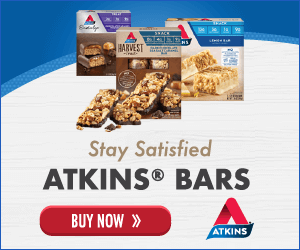 So how do you lose weight? I guess that’s the one million dollar question!
I’ve been struggling with overweight my whole life, since I can remember myself I’ve always had some extra loving around the edges. As I grew up I found out that it bothered me more and more and occasionally tried to address the problem in numerous ways. What I’m going to tell you today is my story about overcoming my struggle with weight, I’m not going to sell you anything and I’m not going to claim to have the secret potion that would take care of the problem, But I am going to be real and tell my story as it is, so if you can handle the truth this story is for you.

I first became fully aware of my overweight around the age of thirteen, unfortunately for me

Fast food restaurants were forever my favorite place to hang out. Sadly I admit that even today I’m loving my big mac with extra everything. So my first step I thought to myself was to just stop eating fat meals and start consuming vegetables throughout the day. I’ve been told by my parents that this way I could eat just as much as I wanted to without feeling guilty and also at the same time lose weight. In my defence I can only tell you that this approach was effective for about a week, because it’s really hard to give up your favorite food and even harder doing so limiting yourself just to vegetables. It’s true that I did lose a little weight doing so but I just knew that living like that is hell for me and I had to find another way that would be more bearable for the long run.

So how do you lose weight and still maintain your unhealthy eating habits?

As I went on to high school I was more and more exposed to competitive sports, I mean basketball was a big thing at my school and through my eyes at the time anyone who had anything to do with the team, players, cheerleaders etc.. Looked like a walking Abercrombie and fitch commercial so I began thinking that if only I would take it upon myself to engage in anything sport related it would help my situation. So I started running after school but it was boring beyond anything I’ve ever experienced. I tried to run shorter distances but that didn’t hold for much longer as well and besides I had to go back home all sweaty and smelly, so I tried swimming For a while but as I found out that wasn’t my cup of tea as well. The water was to cold most of the time and soon enough I found myself staring at the other swimmers rather than swimming myself. I tried Pilates but that was too expensive, I tried a couple of other things as well but they didn’t stick so I basically kind of gave up on the whole sport thigh after a while. Don’t misunderstand what I’m saying, during the time I was engaged in sport activities I actually lost a lot of weight so I’m not preaching against it at all. I’m just saying that like a lot of other people I know, sport is just not for me.

So how do you lose weight still maintain unhealthy eating habits doing no Physical exercise at all?

During my college years I was exposed to a lot of new experiences to say least, that as a small town catholic girl from the Midwest were all new and exciting. Fast forward all the R rated details and I’ll get to the third most interesting part of my story diet supplements.

I started using diet supplementד after a friend of mind suggested I’d give it a try.

She had been using them for three months and they had done miracles for her.

For those of you that are not really sure what diet supplement are, Wikipedia says that :” A dietary supplement, also known as food supplement or nutritional supplement, is a preparation intended to supplement the diet and provide nutrients, such as vitamins, minerals, fiber, fatty acids, or amino acids, that may be missing or may not be consumed in sufficient quantities in a person’s diet.”

So I thought to myself why the hell not, and I started taking them on a regular basis.

I have to say that even though I am not trying to sell you anything those pills worked magic for me and I did shed 25 pounds of my weight in three months while kipping my unhealthy life style. So why not praise those magic pills?

Well the only reason is that I just don’t think its right. I mean that even though I did lose weight and even though I kept eating junk food and was not engaged in any physical activity I felt that I’m cheating my body. And once I lost those 25 pounds I found the motivation to do more for my body. At first I came up with a more reasonable diet plan for me and then after a while I started running again, not too much but hay its better than nothing right? And that’s how I came up with the diet for the lazy, which means: start with something that would work fast at first and then you’ll have an easy time finding motivation for the long run and that’s what I believe in.

I hope I have been an inspiration to someone